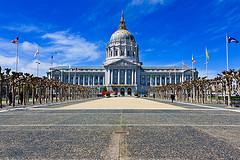 Midtown Manhattan is about to be graced by the presence of the Hip Hop Hall of Fame Museum. The Hip Hop Hall of Fame Awards television show was created by New Yorker, James 'JT' Thompson. In addition, the Museum area will boast: an arcade; concert lounge; community and corporate rooms; a gift shop; marquee and television studios. In its entirety, it will be known as the Hip Hop Museum and Educational Complex.


This new location for the Hip Hop Hall of Fame Museum is perfect for both international and local tourists who enjoy Hip Hope Music as well as its culture, entertainment and art. Although plans have not been finalized yet, according to Bobby Fisher, the company’s business development manager, meetings are taking place to complete acquisition and development budgets for its funding.  It is expected that it will take between a year-and-a-half to two years to complete the construction. Nonetheless, even before that final date of construction, there is set to be an official unveiling this summer, coinciding with the Hip Hop Hall of Fame All Star Benefit Concert event. As well, there will be a national road show in which major corporate advertisers and category sponsors for the exhibits etc. will be met.


The other great news about the Hip Hop Hall of Fame for midtowners, is that it is due to provide up to 300 jobs and other such opportunities, along with educational endeavors and outreach programs for youth and families.  The city’s socio-economic impact is anticipated at reaching more than $350 million in its first three years, attracting 650,000 visitors, commerce, city revenues, etc. per year.


In addition, the museum is set to mentor more than 20,000 NYC public school children annually, in conjunction with the children’s mascot, B-Boy Scratch & Friends, organizing special field trips to the complex.


So it looks like the Hip Hop Hall of Fame’s move to midtown Manhattan is going to be an incredible enhancement for the city of New York.