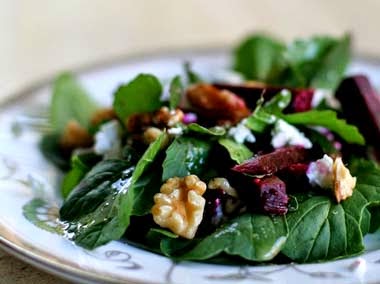 Since time immemorial, British cuisine has had a reputation for being wholly unappetizing. One only has to read quotes on the matter such as Martha Harrison: “I'll bet what motivated the British to colonize so much of the world is that they were just looking for a decent meal" as well as Bill Marsano, “the British Empire was created as a by-product of generations of desperate Englishmen roaming the world in search of a decent meal.”

Well, this might be about to change…at least in midtown Manhattan.  Jason Hicks, co-owner of The Peacock, opened his stylish restaurant with an England-in-Midtown theme, at the end of last year.  He opened the restaurant with the intent of “showcas[ing] the best of British.”

So what is being served at this restaurant? The roasted beet salad contains sharp pickled beets, pink grapefruit, toasted hazelnuts, ricotta, purple watercress and toasted hazelnuts. To start with, for $11 one can get a creamy house-made ricotta drizzled in oil, balsamic vinegar, and oven-dried thyme, topped with sour dough. And one can order the salmon burger as their main at $18 that contains a red pepper and avocado relish.

Hmmm. While these dishes do definitely sound different, it is unclear as to whether they will delegitimize the claims made about British cuisine by Marsano and Harrison.

Still, it might be worth going just to check out the distinctly British décor that features Wedgwood china and a Waterford crystal chandelier.
Posted by Miguel Monge at 12:59 AM No comments: 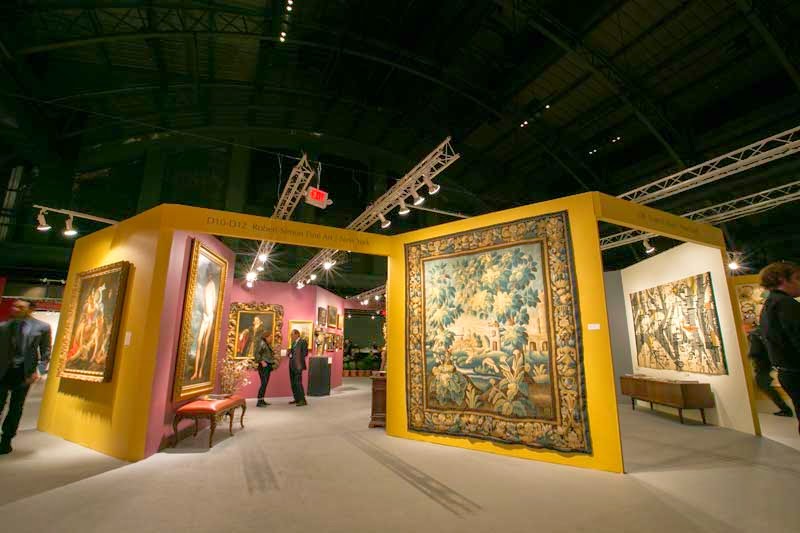 The Spring Masters New York Fair that took place at New York’s Park Avenue Armory at the beginning of May, hosted 51 artists.  While most of these hail from America, some come from Europe and others, such as Phoenix AncientArt, which have galleries in both US and European blood running through them.  Many of these are first time exhibitors.

The particular attraction with this fair is that it is located in the hub of Manhattan.  According to manager of C Grimaldis Gallery, Jennifer Tam, “New York provides access to important local and international collectors.”  Thus as well as European and American artists, Hidenori Ishii (Japanese), Chul Hyun Ahn (Busan-born) and others are exhibiting their works.  New York is home to international art and the fair reflects that.

In addition to its global attraction, the fair is bringing more affordable artworks as well.  As one gallery spokesmen pointed out, some of the paintings that were brought to the fair were from new artists including Linda Saccoccio and Eva Malhotra.  Exhibit attendees can purchase their works for as little as $3,000.


One dealer exhibiting, Armand Bartos, explained why he appreciates this fair so much.  “The art market has become increasingly event driven, and collectors seem to like the social interaction provided by fairs and auctions ... As a dealer, I want to be at the fairs, which is where the collectors are! They come to the fairs to buy. Also the fair offers me, as a private art dealer, a good venue where my clients and I can sell fine works of art. The transactions are discreet. The works of art don’t get ‘burned’ as they are when they go unsold at auction.”

Posted by Miguel Monge at 12:27 AM No comments: