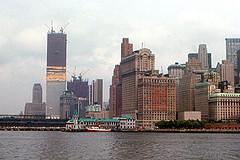 As well as being a successful business entrepreneur, Tim Bergling and Arash Pournouri are hoping to feed those with less than adequate resources. The two are currently in New York as part of their House for Hunger Tour which ultimately aims to raise $1m for Feeding America. They are performing at Midtown Manhattan’s Lavo Nightclub.


It has always been a priority for Bergling to combine philanthropy with his talents.  Pournouri felt the same.  He said that the two of them had often been approached throughout their career to do charitable events, but never complied as he was never confident he knew exactly where all the money would end up.


While they will be doing this first for America, the hope is that they will go around the world as well, having come to the realization that hunger is so much more than just confined to a third world issue.


If you happen to be in Midtown Manhattan tomorrow, then you should try snagging tickets for a classic legend who is returning to the area to perform for the first time as a solo artist in over 30 years. Although truthfully, tickets to Petula Clark’s concert to be held at Feinstein’s from January 24 to February 4th, are probably all sold out.


79-year old Clark did however join other performers in Washington Square Park in “an effort to energize lower Manhattan in the wake of September 11 attacks” a few months ago however.  But these performances are set to be something midtowners haven’t been privy to in quite a few decades and will probably really rock the town.


The lady has been somewhat of an icon since she was a child.  Since then, she has sold over 70 million records, the most famous of which was probably “Downtown.”  It was in the 1960s that she really became popular and successful.  In addition, Clark starred in various popular musicals including Goodbye, Mr. Chips and on stage in The Sound of Music and Blood Brothers.


While Clark still performs throughout the world, it’s been a long time since she showed up singing and dancing in NYC so this sure is big, exciting news for New Yorkers!


Posted by Miguel Monge at 1:47 AM No comments: 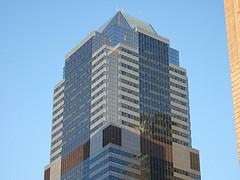 Properties in Midtown Manhattan are prime real estate.  This is not news.  But as a new example of this, just recently, an office building in the area (that is currently the headquarters of HarperCollins Publishers) is about to be purchased for $252.5 million by SL Green Realty Corp. (SLG).  SLG specializes in commercial properties.  Right now, the building they will be purchasing is under 91 percent lease.  The intention of SLG is thus to engage in a marketing and leasing campaign through which it will make huge capital improvements.  The address of the property is 10 East 53rd Street.


SLG has joined forces with a partner but it will hold 55 percent in the venture and be general partner in the project.  According to President Andrew Mathias, the company feels that once it puts its managerial stamp on the property, it will “become a highly coveted business address in the Plaza submarket.”  This would definitely be welcome news for SLG which reported a drop of 88 percent in its third-quarter earnings last October compared to the same time period the year earlier.

Going to Midtown Manhattan with Kids 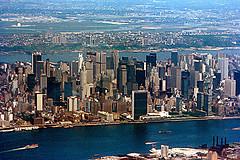 If you happen to be in the Midtown Manhattan area with kids, you might be looking for something to do.  First, know this: every kid likes candies.  Armed with that knowledge, you are in the right place as you are right by Dylan’s Candy Bar.  Indeed, this will probably be more than just a fun day activity for your kid – it will be a dream come true.  The store is lined with all sorts of exciting candies, colors and chocolates and is akin to a real-life replica of the Willy Wonka Chocolate Factory that pretty much every kid dreams of entering.  There are more than 5,000 types of candy available as well as candy-related gifts.


The store is loved by kids and adults alike and has been featured in various magazines including Elle, Town & County, and even The Wall Street Journal.  It has even been reported as being “the best candy store.”  Three years ago the store expanded from 10,000 to 15,000, adding a third additional floor.  This thus today renders it the world’s largest candy store.


Posted by Miguel Monge at 7:27 AM No comments: