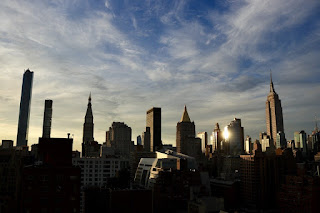 Over at Sunset Park, a battle ensued over the maintenance of its sole freestanding mansion. Plans were in place to knock it down and put a seven-story apartment building there. But after much protest from many of the area’s residents), the LPC called for the preservation of the Dr. Maurice T. Lewis House as a “neighborhood icon for years to come.” Following that decision, huge applause and cheers were heard from the public hearing room at the Manhattan Municipal Building.
Posted by Miguel Monge at 2:26 AM No comments: 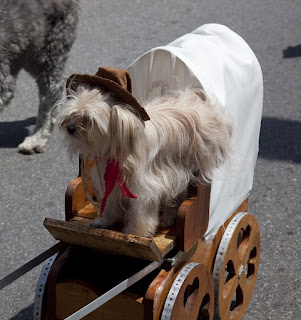 For Manhattan dog lovers, the recent Best in Show competition would have been a true delight. Hosted by the Westminster Kennel Club on Monday 12th February, thousands of dogs were competing to win the 142nd annual show. Dating back to 1877, the Westminster Dog Show is one of the world’s most famous parades attracting close to 3,000 dogs spanning from throughout America as well as 16 other countries around the world. The judging is categorized into seven groups: hound, toy, nonsporting, herding, working, sporting and terrier. Winners of each group then go on to group competitions later on in the evening. The winner this year was a Bichon Frise named Flynn. Handler Bill McFadden said of the win: "It feels a little unreal. I came in expecting nothing except hoping for a good performance, and I think I got it." Having said that, this was the 6 year old’s 42nd career best in show.
Posted by Miguel Monge at 12:18 AM No comments:

Magnificent Midtown and its Amazing Architecture 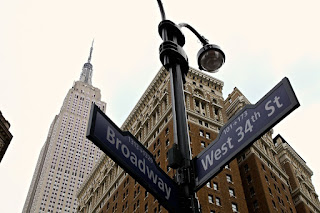 Architecturally, midtown really is magnificent. There’s always a lot being developed along with a great deal of renovation. For artists, there is the Rockefeller Centre’s incredible “low-relief sculpture, urgent murals, sumptuous bronze, stonework and glass tesserae on a landmark site, bristling with statuary and iconic artwork.” It spans more than 22 acres and has been termed a “city within a city.” Designed by Max Abramovitz, Wallace K Harrison and Raymond Hood, a staggering 40,000 individuals were employed to work on the construction. Other developments that have been occurring over the last few years, include the happening at the Williamsburg waterfront. Being the first part of the larger Domino megaproject, this 325 Kent Avenue building was just revealed last summer. And of course the new centerpiece of Hudson Yards – the Vessel structure – which has finally reached its full height (featuring 80 landings and 154 staircases). Designed by Brit Thomas Heatherwick, it was constructed over a train depot on the West side and will eventually be surrounded by gardens and a public plaza.
Posted by Miguel Monge at 9:56 PM No comments: