Is That Really Spiderman? 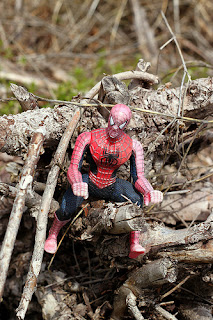 Yes, for those who happened to be in midtown Manhattan last week, it sure was.  52nd Street and Park Avenue encountered a visit from both Spidey himself…along with what passers-by suspected could have been the new Spider-Boy.  The sightings was part of the filming of “The Amazing Spider-Man 2”.  While there has not been any confirmation or denial that the little boy dressed up as Spiderman is going to be Spider-Boy in the movie, he certainly looked the part.  And it equally remains unknown whether – if he has Spiderman’s little sidekick – he will be privy to the same powers.  But it was certainly fun to watch.

The movie, directed by Marc Webb, is due to be released year.  And there is good news for the state’s economy given that it is anticipated that the movie will generate up to 3,500 jobs along with roles for up to 11,000 extras, rendering it New York’s biggest movie ever to be made.  In addition, last year the franchise of Spiderman was rebooted with Andrew Garfield in the leading role and Emma Stone as Peter parker’s love interest, aka Gwen Stacy.
Posted by Miguel Monge at 12:27 AM