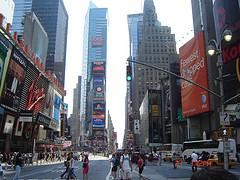 In 2012, Facebook will be opening its first engineering center outside of the west coast, in Midtown Manhattan.  It does have an office in New York, but not this kind of office.  The current one is more sales-based.


Sheryl Sandberg, FB COO was present at the formal announcement which took place at Facebook’s existing New York office, in Madison Avenue.  While there was no official figure for the amount of employees who would be working there, Facebook’s plans are to add “thousands” throughout the world in the near future.


Facebook is currently at the Bank of America Plaza (overlooking Grand Central Terminal, Midtown Manhattan), where it intends to remain.  With a staff of around a hundred, the work carried out there is advertising sales.  Right now, the company in Palo Alto employs around 3,000 people with engineers based there and Seattle.


At the FB office, NY US Senator Charles Schumer and the city’s Mayor, Michael Bloomberg, penned messages on the wall, which is the actual equivalent of the FB virtual “Wall,” with the former writing, “Facebook love New York.”